This is why I shoot film: Oceanlala

Hi, my name is Mai Anh, you can call me Alice, and this is why I shoot film.

I discovered Grain Viet Nam recently but I feel so happy because of what Grain created for those of you who have an interest in photography – especially about film photos.

I’m not very good at writing, but I want to share a little bit about why I came to know and play with film photos.

In December 2017, I went to a lab shop with a friend. At that time I was also a photographer. However I had never shot film also was afraid of taking photos. Unexpectedly when coming to Croplab, I saw the pretty Lomo Water camera. So I borrowed money from my friend to buy and try it out. I was curious about how to take film photos.

For the first time when I received photos shot on film, I was really happy and had some warm feelings. I don’t know how to describe those…. Nevertheless I understood why. Because, when I was young, I used to shoot on film. The feeling of holding another person’s photo is different from the feeling of taking it and holding your own photo in your hand and enjoying it.

There’s only one word about film photography and it’s “real”. Film photography is a different kind of language, it helps to share personalities, souls and perspectives of individuals. Those are difficult to describe and share with others verbally. However seeing it through lenses makes it easier. Holding a machine in your hand, whether it’s a good camera or not, it can help you hold the moment, hold something interesting, like a close friend. Maybe I can look back at it later.

I used to wait and see my father play with film and take a sunset photo in Phú Quốc when I was a child. This  moment was beautiful and it was sad when my father quit playing with film because he was busy, had to earn money, and there are not many people who play movies anymore. Although my father is no longer shooting film, I still  capture emotional images on film, especially the photographs of the sunset I used to wait for and capture when I was a child.

This is why I shoot film. It’s something beautiful and full of memories. My dad don’t shoot it anymore. So I took it, and let my dad believe that now everyone has started shooting with film and hopefully my dad will take a picture instead of leaving his hobby. 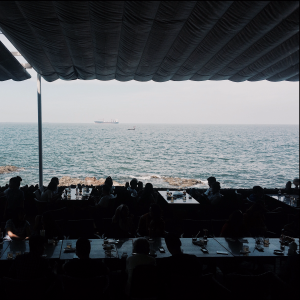 This is why I shoot film: Antoine Wallet

This is why I shoot film: Nina Pugliese